The success of Northern Breeze was very encouraging. Listeners asked for more! Dave answered them in 2001 with a second album of wilderness songs.

Dave was flying out west in those days, and stashed a guitar in his layover hotel. On evenings when he should have been carousing, or amending his flight-manuals, he often stayed in his room, and the boring hotel décor was magically transformed into vistas of lake and trees and rock…

Selections from Northern Breeze and Wilderness Waltz are up there on the most played on my portable tunes machines because they’re the next best thing to actually being there.  I don’t think any folksong or folksinger has captured the essence of being in wild any better than Dave Hadfield’s classic “Shield” and “Cry of the Wild.”  There’s honesty and resonance to those two songs, among many others, that touch the heart and stir the paddler’s soul.                    Writer-Historian       James Raffan, 2013 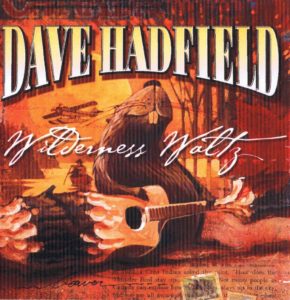 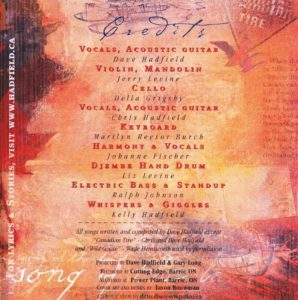 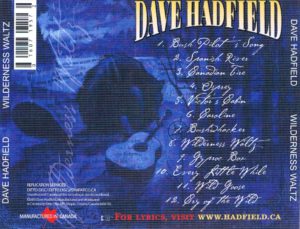 Cry of the Wild