The first canoe I built was a 17ft Prospector, strip-built from the plans in CanoeCraft (a great book). I still have it, and love paddling it. But in the 1990s we moved to S. Ontario, and the closest river to run was the Nottawasaga. It’s navigable even in August, but shallow, with many rock-gardens. There is rarely a clear channel.
So I banged up my good canoe too often, and after about the third time I repaired it, I decided to design a canoe with absolute minimum draft. I didn’t want something as clunky as a jon-boat. I needed to maneuver my way through the rocks. But a hull that was flat from side-to-side is obviously going to sink into the water the least.
So, using an old DOS-based program called PlyBoats, I designed a canoe that was the length of two sheets of scarfed-together plywood (15′ 9″) for ease of transport, with sensible beam and flair, and enough rocker in the bottom that it can be wiggled around the boulders. (A boat with no rocker paddles like a barge. In fact it may be a barge!) 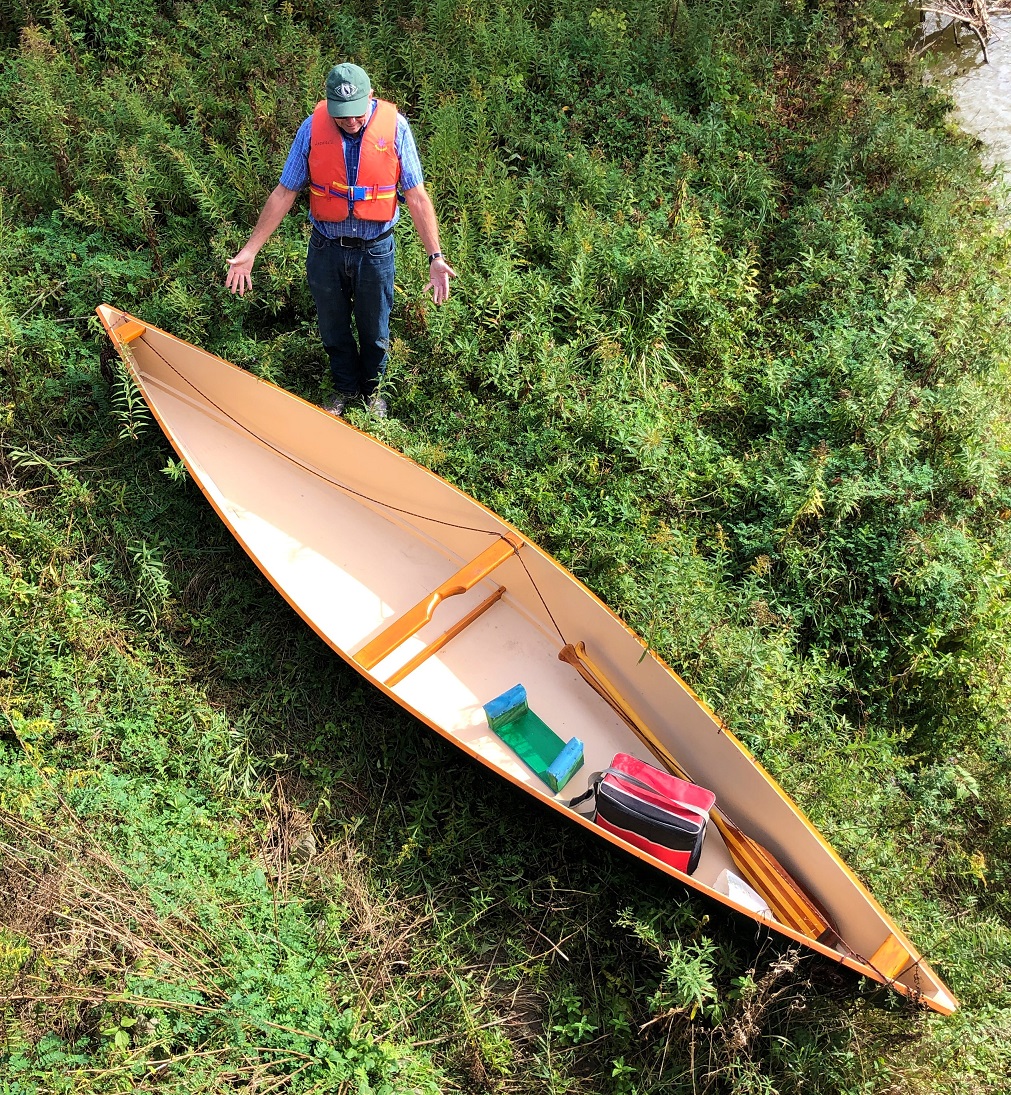 In a rock-garden, the difference between 3″ of draft versus 4″ is very significant — get pinned, or slide over.
So, I played with the parameters within PlyBoats, and came up with the design. The planned load was me and a small kid. At that weight I wanted to have the bottom corner of the stem and stern to just touch the water. This gives the best compromise between maneuverability and shallow draft.

It turned out to be a great boat! The build-method was very similar to that of “The 6-Hour Canoe”. I made it from 1/4″ plywood “underlayment”, which is usually a bad idea because that wood can consist of a thick core with only 2 paper-thin veneers on each face. Not strong enough. But I found a stack at my local lumberyard which was fine — 3 decent equal layers making up the ply. And I’m still paddling the boat 20 years later.
It weighs about 55 lbs. 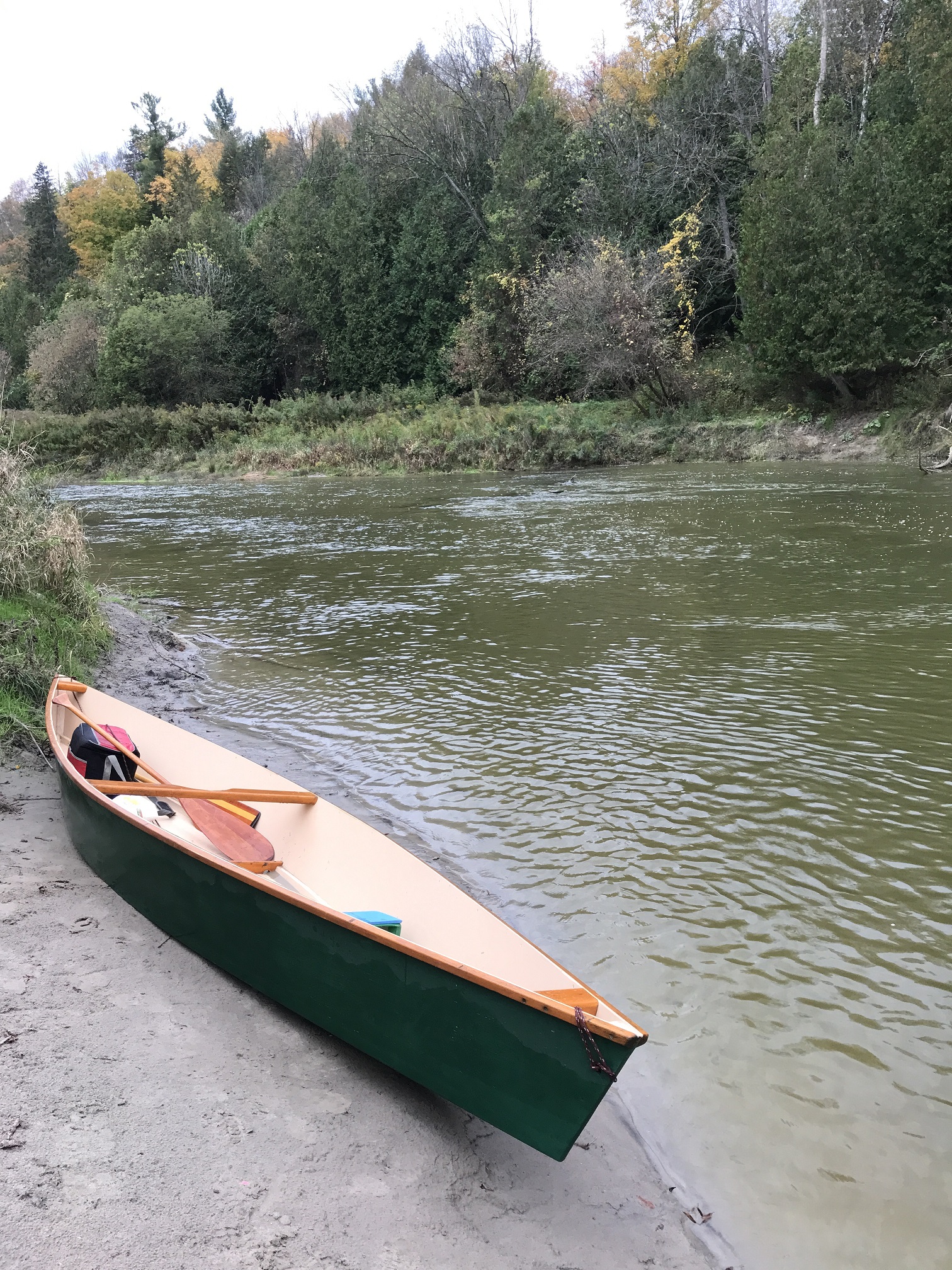 The limitation of scarfing only 2 sheets of ply together is obviously arbitrary, so to make a 2-adult canoe, the answer was to make it longer. Thus an 18-footer. Here it is on a northern canoe trip. In this photo you can see the rockered hull. The stem and stern are clearly out of the water until the 2 adults sit in it. It’s this curvature which prevents it from paddling crudely. 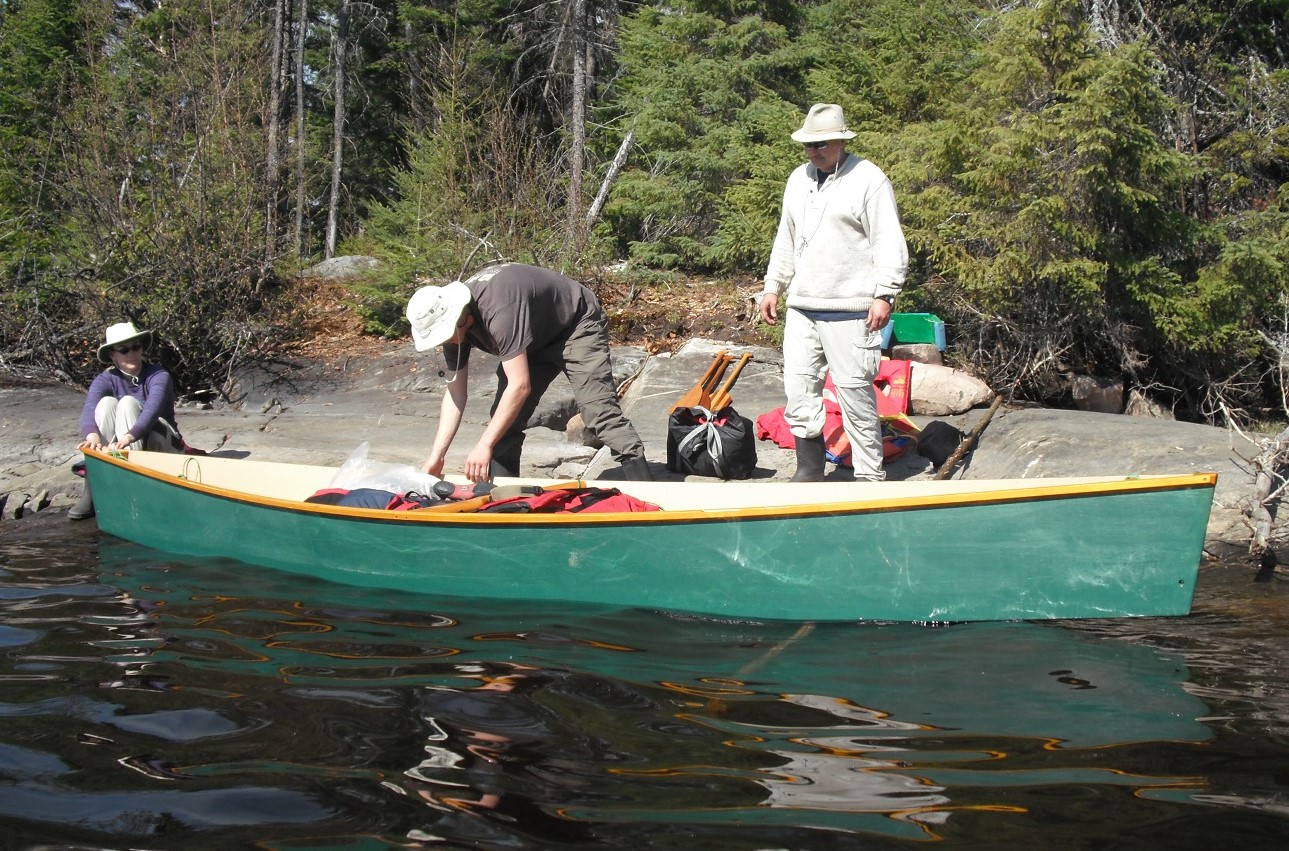 Here’s an article I posted at the time on the Wooden Boat Forum about how to build one. Check it out for the tips and tricks.  New Canoe Levitates (woodenboat.com) 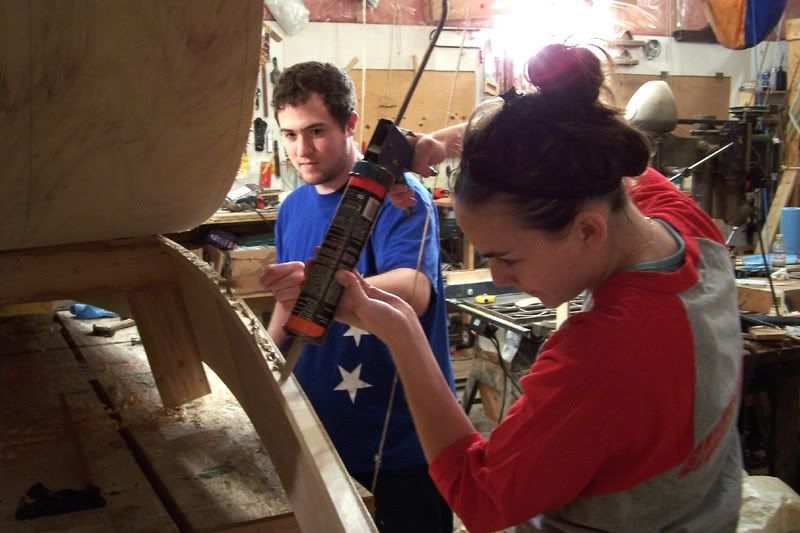