Released in July 2018, this album was 30 years in the making. The songs come from Dave’s long, successful career in aviation. From floatplanes to 777s, from rocketships to warbirds, Dave has gathered stories from his 27,000 hours in the cockpit, encapsulated the experience of Flight, and launched it straight to you.

You’d call this album ground-breaking, if it didn’t take place in the sky!

The CD Release Concert was at Oshkosh — the greatest Fly-In in the world! With brother Chris, Theater-In-The-Woods provided the most perfect place imaginable to test-fly a flying-songs album. 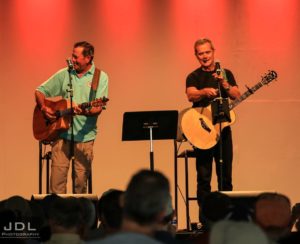 And it has made an impression! “SKIES” magazine used social media to gather images from pilots, and put them together in a video to accompany the song, “The Crossing“. A wonderful job, evocative and creative!

‘CLIMBIN’ AWAY’ CD can be purchased here…SHOP 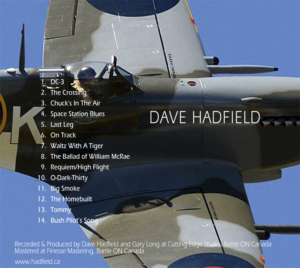 Chuck’s In The Air

Waltz With a Tiger

All songs written and composed by Dave Hadfield, except “Chuck’s in the Air”, “Last Leg”, by Chris Hadfield. Poem “High Flight” by John Magee, public domain.
All songs recorded and produced by Dave Hadfield and Gary Long, at Cutting Edge Studio, Barrie, Ontario.
All songs mastered by Finesse Mastering, Barrie, ON Canada.