Northern Breeze was a breath of fresh air! Recorded in 1997, these songs came from Dave’s first exploration of the wilderness that lies NE of Winnipeg. Travelling by canoe and snowshoe, dogsled and bushplane, Dave’s many trips into the Bush gave him a sense of contact with the Land, and this came through very clearly in his music. Sometimes the songs were deeply sensitive tributes to it’s beauty and majesty; sometimes they were hilarious stories about people. (And there’s one about a turtle…)

Nothing quite like it had ever been done before, and the album was very well received by the community of those who appreciate Canada’s wild places. 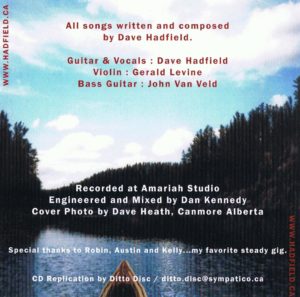 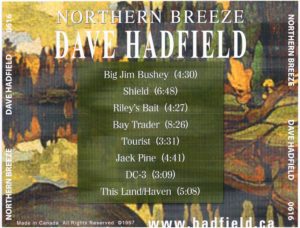 or the songs can be purchased through iTunes